It is truly sad to learn that an outstanding musician with fantastic records is no longer with us. I have been in sorrow and pain since I heard the news of Chick Corea’s death on February 9th. As you can tell from the fact of having been nominated for the Grammys this year, he has been expected to stay active on the front line; therefore, the impact has been huge. Since he made his debut to the forefront in the middle of ‘60s, he has always been the vanguard developing new sounds. I am filled with deep emotion and great happiness thinking that I have lived almost the same era with him. After I heard the sad news, I have just wanted to look back on a number of his marvelous performances once again. (Also refer to Column #40) 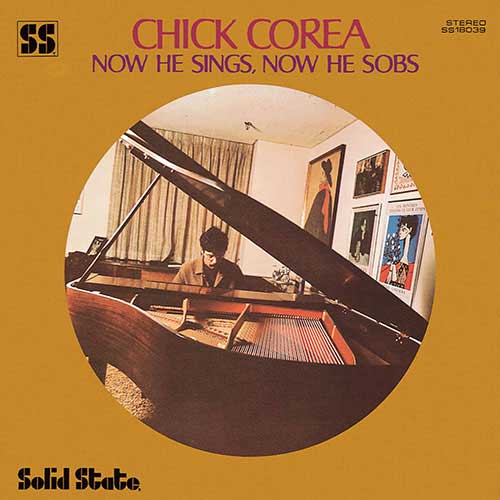 This trio album in ’68 is probably the one which printed firmly in our memory the presence of Chick Corea among his other works where he performed as a leader. He was 27 at that time. Having used the harmony freely and sounds unconventionally, the audacious flow of the performance stood out among the conventional piano trios of modern jazz, and I felt that the new world was opening up as if the fog had cleared up.

In addition, the distinctive rhythmic sense of Chick with Latin ancestry was incredibly active! His performance advancing the forefront of the world of jazz filled with young and passionate power made me so excited. He showed us the overwhelming romance and the adventurous spirit. The combination with Miroslav Vitous, the bassist, and Roy Haynes, the drummer, is absolutely thrilling. It is a big surprise that even now those performances still sound so fresh to our ears. 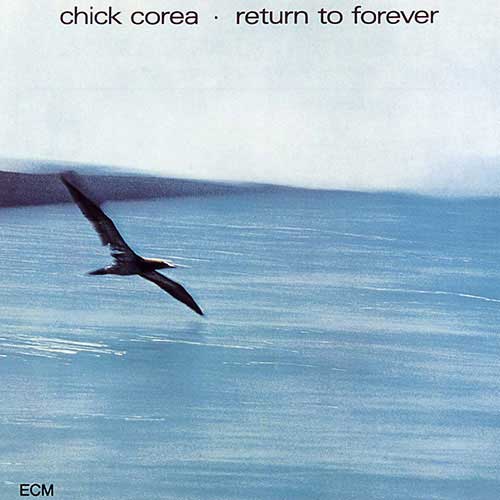 It is the popular album in the early ‘70s which is also well-known for its cover photo of a seagull. Even though we all know it is too popular, I just cannot exclude this album when I think of Chick. “return to forever” is producing the bright and refreshing timbre, which is in complete contrast with the sounds created by his former experimental band “CIRCLE” which he disbanded. The comfortable sounds to our ears went beyond the genre of jazz and became the major hit alum appealing to many people. Chick later mentioned that “return to forever” was the band he created by going back to the starting point of pursuing the beauty and happiness.

There are the natural timbre of the electric piano and refreshing timbre of Joe Farrell’s flute and sax. Together with the cool singing voice of Flora Purim, the percussionist, the paradisiacal music is created by the united five members. <Crystal Silence> impresses us with heartfelt warmth and deep expressions. The album continues with dreamingly romantic <Sometime Ago> to <La Fiesta>. In ’70s, I could not imagine that I would be listening to this everlastingly gentle, cheerful and beautiful album with a twinge of sadness. 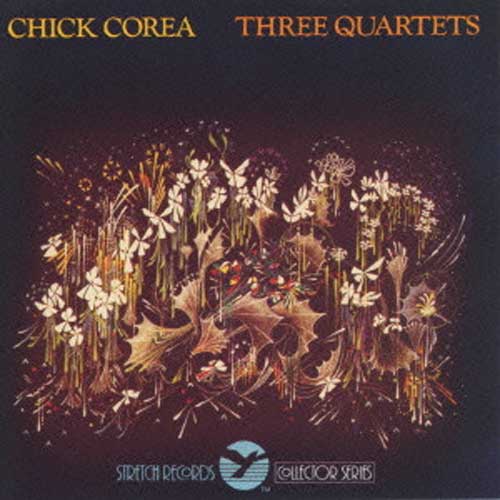 At around 1981 when this album was recorded, the style of music called fusion was at its peak. Chick himself was also searching for various sounds with various forms of band, but here he was performing the strikingly vivid mainstream jazz together with brilliant players—Michael Brecker, the tenor saxophonist, and Steve Gadd, the drummer—who were also performing going back and forth between jazz and fusion.

I find it quite thrilling that the four performers’ personalities conflicting with each other develop over the edgy sound and crisp beat. The title of the album was named because three pieces of Chick’s “Quartets” were included, but since the era of CDs, unreleased four tracks which were recorded on the same day have been added. The attractive feature of this album is the member’s free solo performance in rather relaxed mood in the additional tracks as well as the hard <Quartets No. 1～No. 3>. 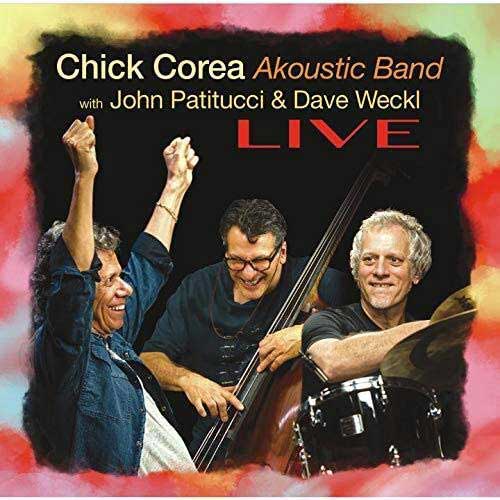 Chick Corea has continued his performance with two different bands he formed in the middle of ‘80s—“Elektric Band” and “Akoustic Band”—together with John Patitucci, the bassist, and Dave Weckl, the drummer. It is clearly showing Chick’s style of not following any fixed pattern but freely creating his music. This album is the live recording of the concert by “Akoustic Band” whose members got together after a long time in 2018.

The joint performance of three top musicians are adding more flavor and depth more than ever, making us even feel the sense of luxury in their rich musical dialog and producing the mature adult sounds. The music flows beautifully from Chick’s solo performance in <In A Sentimental Mood>, his groovy Spanish playing style impresses us with pathos in <Rhumba Flamenco>, and <Summer Night> is filled with lyrical expressions. The late musician’s keystrokes on the piano sound so fresh that it is hard to believe that the performance took place only three years ago. It truly touches our heart. 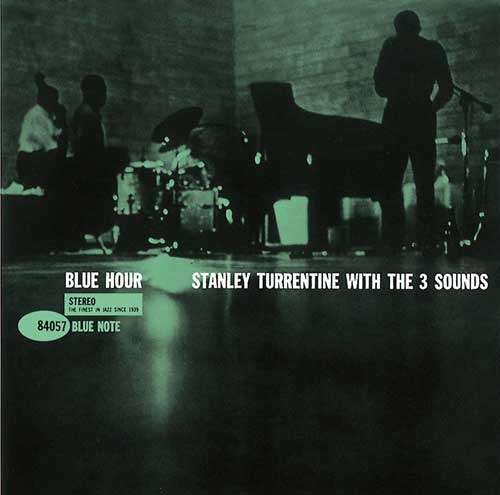 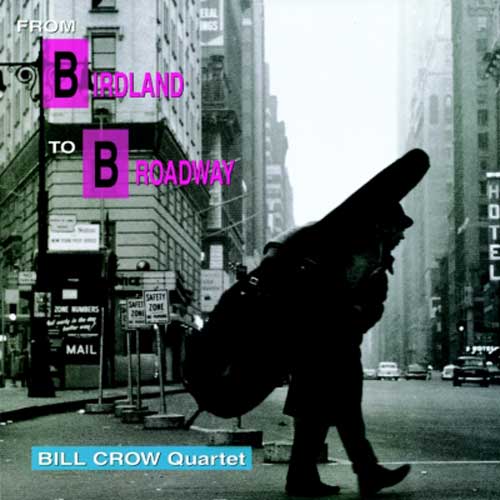