No.32
Listening to Astor Piazzolla in Early Autumn

Astor Piazzolla is definitely the artist that I love, and he has always been on my mind. I might have expressed such feelings by having introduced some related pieces (♯10, ♯49, and ♯69) in my previous columns. Over the past twenty years, Piazzolla’s music has been rapidly gaining prominent attention, and many musicians have started to play his numbers all together. The beautiful melody which can be described as solitary, unconventional harmony, profound delicacy, devouring passion hidden inside—if such distinctive and unrivaled individuality of Piazzolla had struck a chord with many people, and as a result, the true value of his music, which was not widely recognized during his lifetime, has become broadly known among people, I think it is marvelous. I got to know Piazzolla’s name when I just got into the university around the middle of 1960s. I found an article introducing him on a music magazine titled “Revolutionary of Tango—Flag Bearer of Vanguard Tango.” I remember that I got interested because I didn’t know that the term “vanguard” was used in the world of tango just as in the world of jazz and classical music. I still have the LP “1944-1964 20 Anos De Vanguardia Con Sus Conjuntos” released from Philips Japan at that time, which I have carefully kept at hand. This is the record where Piazzolla was looking back on his own steps from1944, when he started his activities in full swing, to’64. More than half the century has already passed since then. Piazzolla’s music had kept evolving transcending the category of tango with his relentless challenges until he passed away in 1992, and we can say that his spirit has been succeeded by many musicians until today. I have picked out some pieces which would touch the essence of his music. 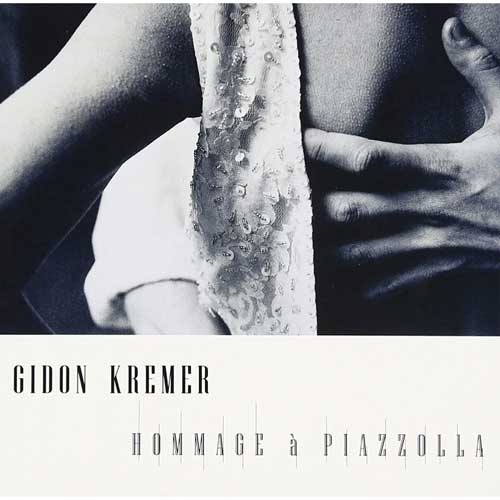 This is the first album of the series which can be called “Piazzolla Project” by the world leading violinist, Gidon Kremer, who has enjoyed generous fame. The recording was done from 1995 to ’96, right after Piazzolla passed away. Having claimed that he had been in love with Piazzolla’s music, Kremer actively picked out Piazzolla’s music and recorded several albums around this time. He also came to Japan and held “Piazzolla Concert.” Piazzolla’s music was thoroughly performed through the soul of the musician, Kremer. The music seems to have been purified the sublime beauty and strength Piazzolla’s works have to the ultimate level.

<Oblivion> is the piece with refreshing tune—almost makes us cry—deeply touches our heart. Even though this is the masterpiece many musicians perform these days, I don’t believe any performance except the one performed by Piazzolla himself is better than the recording on this Kremer’s disc. <Cafe 1930> is nostalgic but at the same time resonate emotionally with people today. <Buenos Aires hora cero> is known as Piazzolla’s lifetime repertoire. Furthermore, it includes the great piece, <Le Grand Tango>, which was said to be dedicated to Mstislav Rostropovich, the accomplished cellist—the disc is filled with Piazzolla’s endless love. I believe it is the precious album in a sense that it has led people to recognize Piazzolla once again.

#111 Striking Collaboration between Piazzolla and Burton 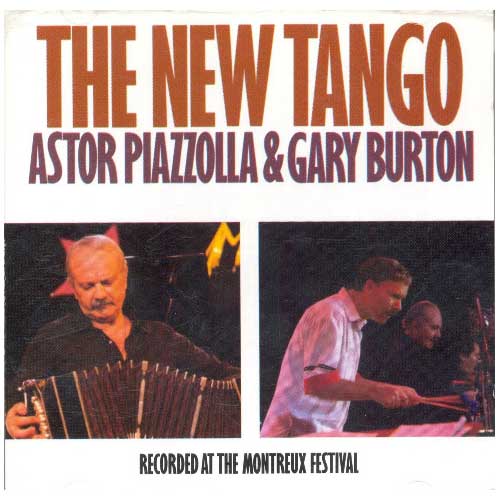 Gary Burton, a well-known jazz vibraphonist, is one of the musicians who approached the music of Astor Piazzolla most enthusiastically. This is a live recording of the joint performance at “Montreal Jazz Festival” in Switzerland, where Quinteto Tango Nuevo and Burton played together in 1986. As the subtitle, “Suite for Vibraphone and New Tango Quintet” indicates, Piazzolla wrote many new pieces to perform with Burton.

<MILONGA IS COMING>, the opening number, make us feel the time goes by slowly. In <VIBRAPHONISSIMO> and <NUEVO TANGO>, vibraphone is rolling in Piazzolla’s melody. While Burton claimed that he had been fascinated by Piazzolla’s music, Piazzolla stated that having inspired by Burton, his music made a new leap forward again. The live performance features the exquisite fusion of such beautiful spirit of the two musicians. I remember as if it were yesterday that they came to Japan immediately after that concert and their live performance in Japan was as great as the one in Switzerland if not better. Gary Burton’s enthusiasm for Piazzolla lasted for a long time, and he released some albums such as “Astor Piazzolla Reunion” (’96) and “Libertango” (’99), however, no performance excels this joint performance with Piazzolla himself. 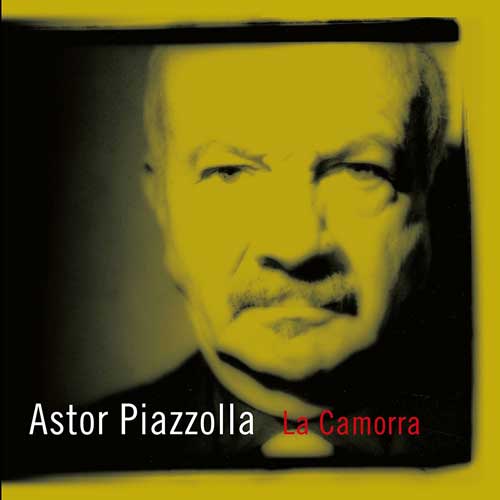 The trilogy, produced by Piazzolla and recorded by Kip Hanrahan’s AMERICAN CLAVE in the latter half of 1980s, are all highly acclaimed as masterpieces. Although many people especially value “Tango: Zero Hour” in ‘86 as his best work in his life, I’d like to cover the last piece of the trilogy, “La Camorra” here.

The quietly and deeply felt expressions in <Soledad>—the repertoire which has been performed for a long time is polished further and comes up with the extremely pure sound. <La Camorra> written for this album consists of 3 parts. The two, <Sur: los suenos> <Sur: regreso al amore> were written for the film, “SUR/SOUTH,” and the true state of solitary Piazzolla reached in his later years remains here. You can easily get the above mentioned MUZAK disc, however, the SACD hybrid disc released by East Works (ewsac-1021) is the best in terms of sound quality as well. 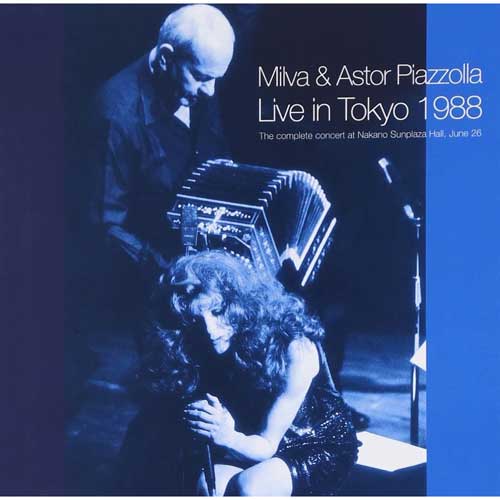 Astor Piazzolla visited Japan four times with Quintate (quintet). The group’s first visit was in November, 1982. I went to see their performance at Kanagawa Kenmin Hall in Yokohama. That was before the Piazzolla boom came to Japan, and the seats were far from being filled to capacity. I had an impression that the hall was filled no more than 60 to 70% of the capacity. However, the performance itself was fabulous, and it still remains in my memory that filled with a sense of exaltation, I was fascinated with the gorgeous night view of Yokohama. The recording of the final day’s performance is available as a CD. The second performance in 1984 is also available as a CD.

The third is the performance with Gary Burton when they came to Japan, as I mentioned earlier. The disc I am mentioning here is the recording of the final live performance in Japan in June of ’88 immediately after he recorded the above mentioned “La Camorra”—the joint performance with an Italian singer, Milva, whom he performed together with for several years. Piazzolla’s band performance is the height of fulfillment; the passionate singing by Milva bringing out the enthusiasm hidden in Piazzolla’s music is simply amazing! 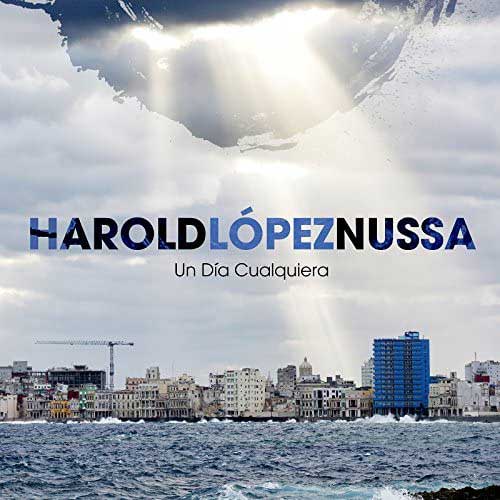